How to combine Pivot Tables to avoid double-counting beneficiaries

The following section describes how to use two Pivot Tables in ActivityInfo when you analyze the collected data to avoid double counting an indicator for an activity. It shows how to create a Pivot Table based on the data of another Pivot Table.

You could for example first find the maximum number of beneficiaries reached by projects, by district, and then sum those districts together in a second pivot table to find the total by province.

The following example contains dummy data but is based on the real structure of Forms used for WASH activities by the Yemen WASH Cluster.

Before you start designing the Pivot Table, add Codes to the fields you want to use. This will make it easier to use them in the Formula editor. 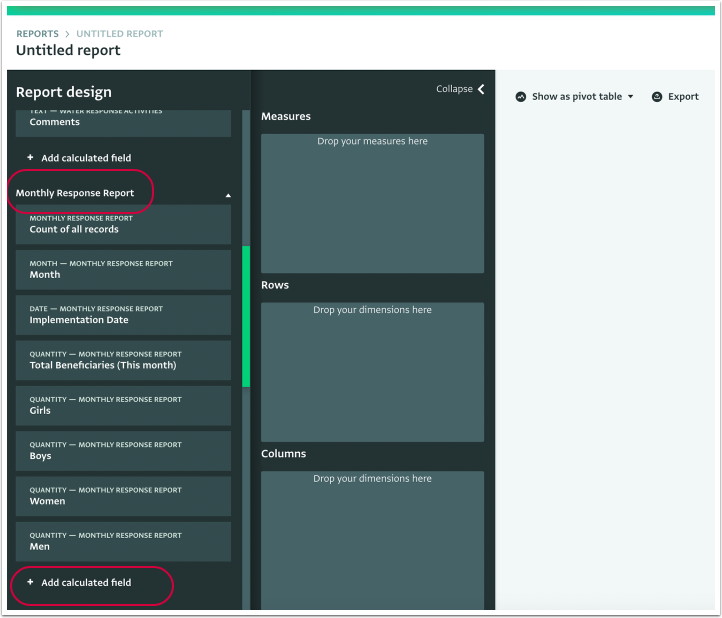 Using a Formula for a calculated field

If you don't see some of the Fields or the Options click on the downward arrows to reveal more contents.

This is an IF Formula that will bring as a result the Quantity that appears in the field with the Code "BENE_TOTAL" when the ID of the Activity is equal to "Parent.Activity.ck2u7tw63a". Otherwise, it will give as a result "0". 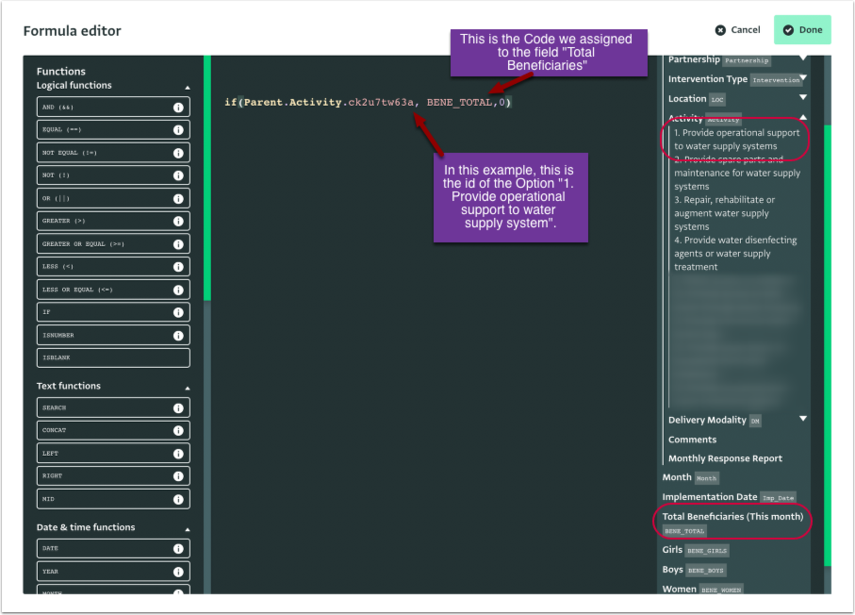 Read more about Formulas in ActivityInfo. 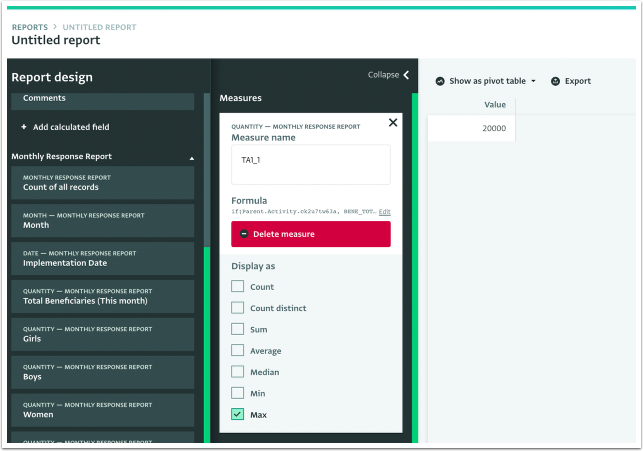 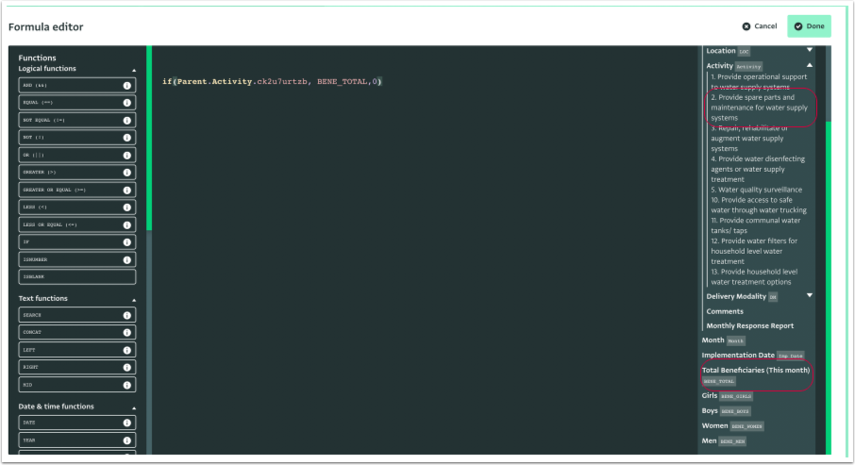 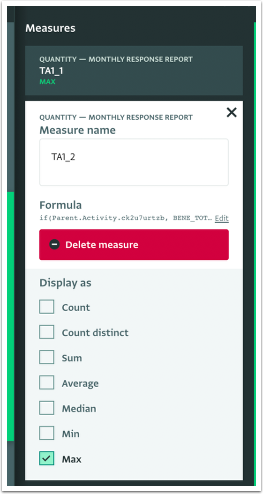 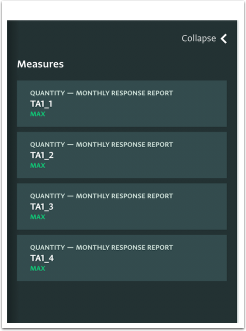 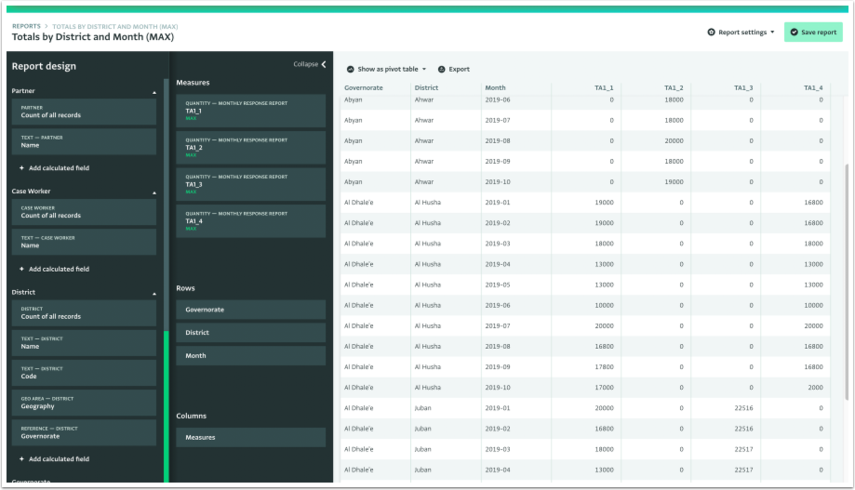 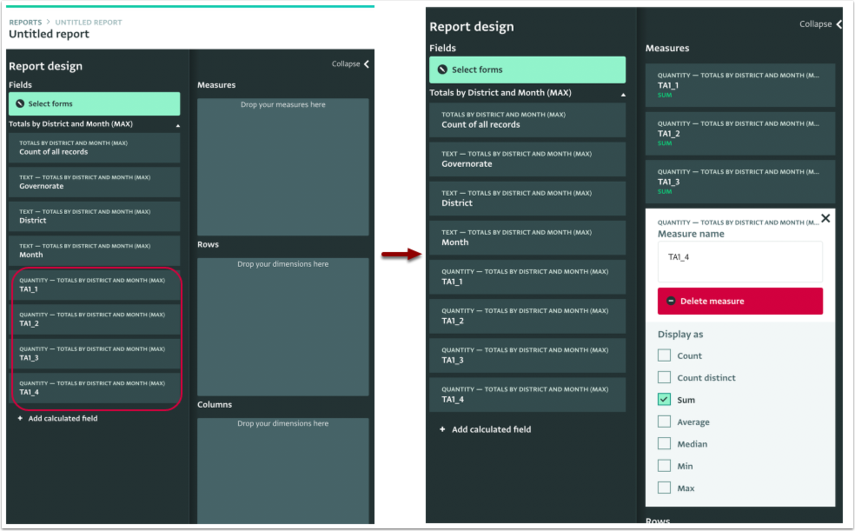 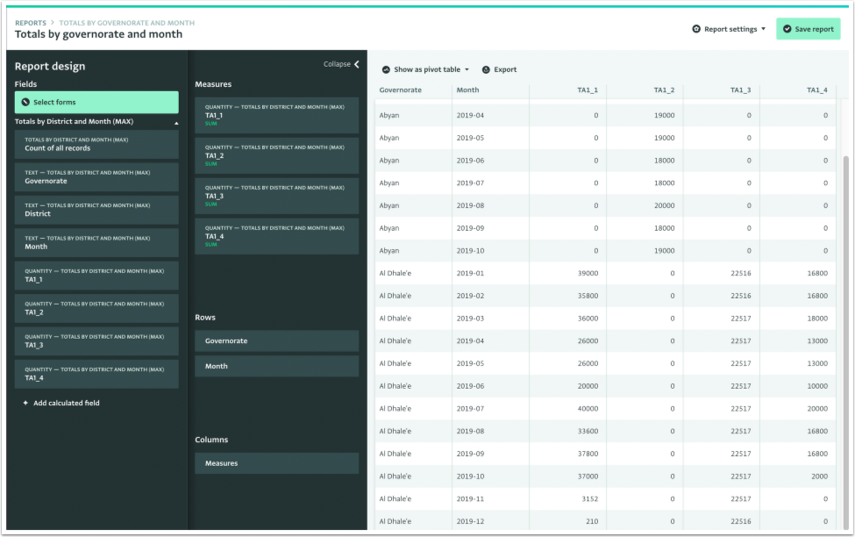 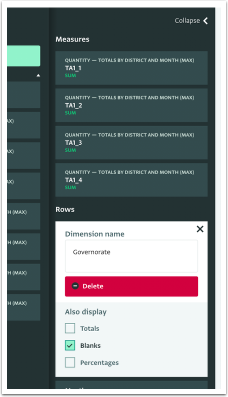 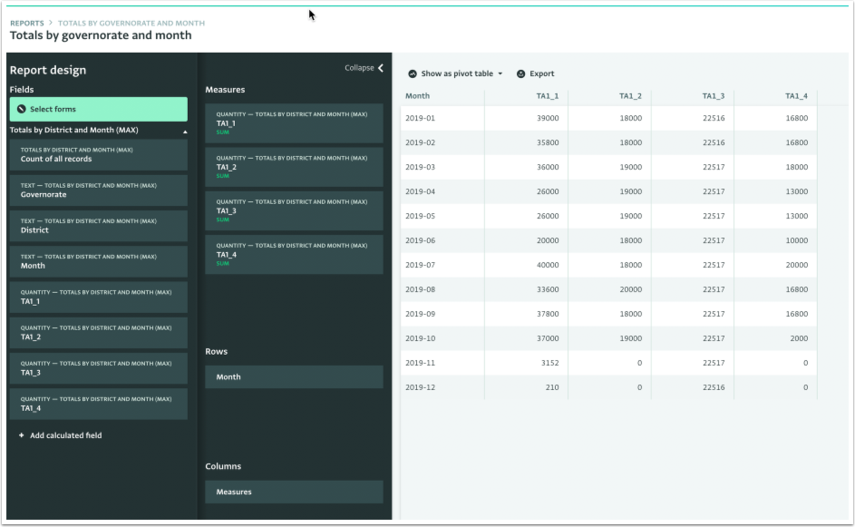 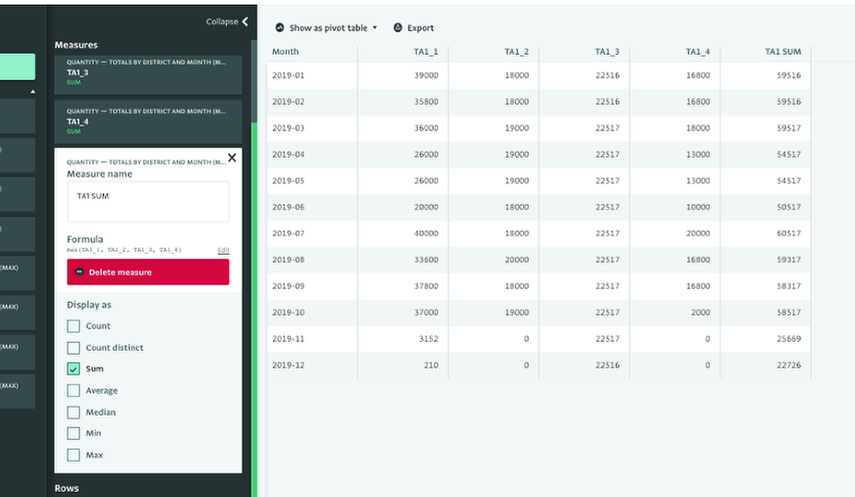